Spartasec established in 2010, is one of the largest, experienced privately held security and investigative services firms in Uganda. Spartasec has earned the confidence of top Ugandan businesses to provide security services and these include financial institutions, top law and accounting firms, real estate companies, jewellery stores, restaurants, hotels, museums, SMEs and many others.

The experienced security professionals at Spartasec know that your peace of mind is priceless. Our hands-on approach and attention to detail is second to none. We provide the personalized service our clients have come to expect. That’s why our clients consistently stay with Spartasec.

Spartasec armed security service personnel are selectively chosen to ensure only those most experienced and highly qualified are assigned to our customers requiring armed services...

Our comprehensive protection services extend to the cyber world. We install network firewalls in your home or office to protect you or your company from sensitive information infringement …

We are government-approved and duly equipped to offer standard training to prospective security personnel. Training is provided to law enforcement personnel from districts across the country, private...

At Spartasec, we take great pride in assisting you with your investigation needs. It is our commitment to you, the client, that you receive the highest quality, professional investigation services available.


Deprecated: Methods with the same name as their class will not be constructors in a future version of PHP; SrizonYoutubeFeedReader has a deprecated constructor in /home/spartase/public_html/modules/mod_jusertube/lib/srizon_yt_album.php on line 17

Deprecated: Methods with the same name as their class will not be constructors in a future version of PHP; mycurljusertube has a deprecated constructor in /home/spartase/public_html/modules/mod_jusertube/lib/mycurl.php on line 14 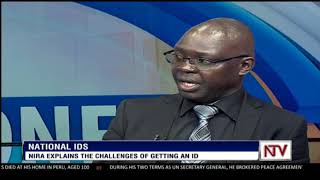 NIRA explains challenges of getting an ID 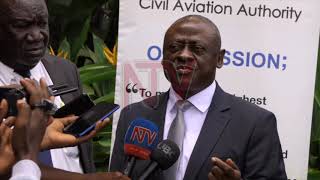 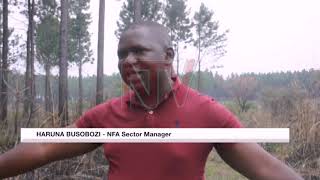 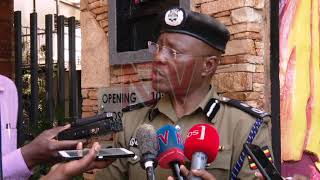 To be Africa’s provider of professional ethical, manned and electronic security expertise.

Uganda to get security cameras after police death

Uganda's President Yoweri Museveni has ordered the installation of surveillance cameras in major towns to reassure the nation about public safety. The measure was introduced after the killing of the country's third highest ranking police officer.

Assistant Inspector General Andrew Felix Kaweesi was killed when his car was attacked by gunmen on motorbikes. The president posted a tweet strongly condemning the murder.

he president also took to Twitter to announce the immediate installation of security cameras in major towns and along major highways. No further details have been made public. In another post he reassured the country that public security would be guarded at all costs.

Two bodyguards who were accompanying Insp Gen Kaweesi were also killed. The motive for the shooting and identities of the attackers, who escaped from the scene, were not known.

But Insp Gen Kaweesi was a former head of police operations in the capital Kampala and had gained a prominent public profile for overseeing the frequent arrests of Uganda's main opposition leader, Kizza Besigye.

He had left his home in a northern neighbourhood of the city and was on his way to work when the attack happened.

The Reuters news agency reported that local television showed a crowd gathered at the scene of the shooting and a parked Toyota Landcruiser with both doors on the driver's side open. Blood was spattered on the ground.